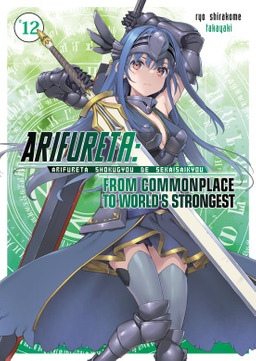 As the battle rages on below them, Hajime and his friends make their way into the Sanctuary. In the ruins of a city, Shizuku and company split off to rescue Kouki and save Eri. Meanwhile, Hajime, Shea, and Tio face off against Ehit's final wardens.

The battle for the fate of Tortus has begun, and Hajime has made his way into the Sanctuary. Apostles, traps, and strange dimensional bubbles bar his path, but this time Hajime's ready, so he blasts through them all with ease. Eventually, the group finds itself in an abandoned city where Shizuku, Suzu, and Ryutarou cross blades, and words, with their old friends. Meanwhile, Hajime, Shea, and Tio have to deal with a powered-up Freid, as well as a new silver apostle. Will the three of them surpass their limits once more and clear this final obstacle between them and Ehit?