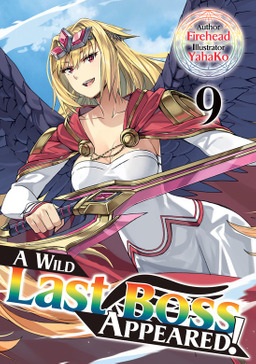 It's a Wild Last Boss versus the Goddess of Creation! With the ouroboroses defeated, the Twelve Heavenly Stars, Seven Heroes, Sei, and the devilfolk can only wait as Lufas, Benetnasch, and the Devil King face down Alovenus once and for all.

It's a Wild Last Boss versus the Goddess of Creation in single combat that transcends dimensions, the laws of physics, and basic common sense!

When Lufas regained her memories, the Goddess Alovenus awoke the remaining ouroboroses and began the end of the world. However, the Twelve Heavenly Stars, the Seven Heroes, and the devilfolk joined forces to defeat the ouroboroses.

Now, it's only Lufas, Benetnasch, and the Devil King Orm facing down Alovenus as the universe crumbles around them. But Lufas knows something even the Goddess herself has nearly forgotten. Despite her divine abilities, something doesn't quite add up, and Lufas has the answer.

With her secret out, a battle for the universe is underway as Alovenus finally sees Lufas as a true enemy and not simply a nuisance to be dealt with. How will the battle play out? Will Lufas win? Or will Alovenus defeat her and build a brand new universe to start this entire cycle once again?