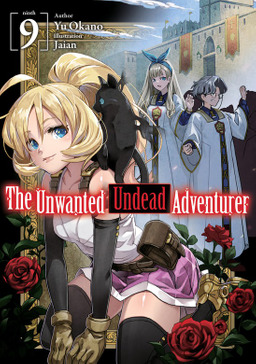 Having defeated Shumini, Rentt and Rina test out their new abilities with the help of Isaac. Meanwhile, people flock to Maalt to study the new dungeon. Not to be left out, Rentt and the others set out to explore the dungeon's secrets!

With the help of Lorraine, Isaac, Laura, and the rest of his companions, Rentt defeats the vampire Shumini after he attacks Maalt. However, in order to take control of the new dungeon, Rentt has to turn Rina into a vampire and make her his familiar.

Both Rentt and Rina have leveled up, so Isaac suggests they try out their newfound abilities. He also offers to teach them about a vampire's most notable skill: Division. Not everything goes as expected though, because while they were supposed to transform into a bat, Rina transforms into a cat and Rentt into a...tree?

Meanwhile, people are flocking to Maalt to study the newly formed dungeon. Not to be left out, Rentt and his companions set out on their next adventure to explore the dungeon's secrets!

Fighting powerful monsters, solving countless mysteries, and becoming stronger! The adventures of Rentt, the undead adventurer who aims to become a Mithril-class adventurer, continues in this thrilling ninth volume!