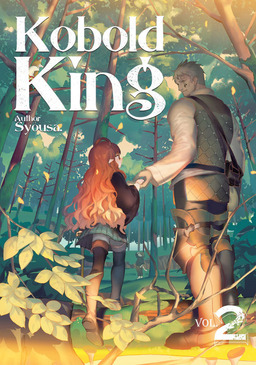 Gaius has been crowned King! His first order of business is to ensure the survival of those he is responsible for, the peaceful forest-dwelling kobolds, in a war against the forces of the Ryburgh Adventurers' Guild and their ambitious leader, Wyatt.

Gaius Beldarus has been crowned the regent of the Kobold Kingdom, and his first act is to ensure the livelihood of these peaceful forest-dwellers. Wyatt, knight of House Zigan, vowed vengeance on Gaius for having thwarted his assault against the kobolds by the Ryburgh Adventurers' Guild. Worse yet, Gaius's mere presence throws a spanner in the works of the nobles whose machinations may yet determine the future rulers of the Southern Kingdoms.

Wyatt has rounded up an army of the worst mercenary thugs money can buy, murderers, thieves, and butchers all; in short, ""adventurers."" With these heartless fighters at his back, and armed with dangerous magics, he is determined that the second attack on the kobold village will leave no survivors.

Vastly outnumbered, the kobolds can only turn to their new King and his small coterie of devoted followers to lead their people through the oncoming war against them. Blood, sweat, blood, tears, and more blood will be shed in this war for survival.