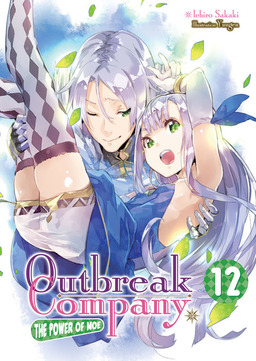 Prince Rubert from an allied nation shows up in Eldant and drops a bombshell. Plus, he's, like, a Garius-level hunk, if you know what we mean. And in the middle of the shenanigans, Shinichi will have to save the Eldant Empire! Wait, what?

On the other side of a wormhole connected to Japan is a fantasy world called the Holy Eldant Empire. A guy named Shinichi is the General Manager of Amutech, a company established to foster cultural exchange—otaku culture, that is! And soon Shinichi will need to be not just the purveyor of consumable entertainments, but the savior of the whole Eldant Empire.

It all starts with the arrival of one Prince Rubert, ambassador from one of Eldant's allies. He's, like, a super hunk, and no sooner has he arrived than he drops a total bombshell that leaves the entire imperial court in an uproar. And that's not all: it turns out Rubert and Garius go way back. In fact, in their schoolboy days, they were awfully close, if you know what we mean. (Minori sure does, and it's making her head explode!)

The whole thing's on the train to crazy town... but can the Eldant Empire really afford to have Shinichi play conductor?! 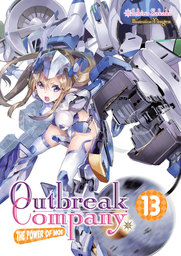